I have decided to work on a project using Twitter Hashtags to interact with event lighting design. For this project I will use the ENTTEC Open DMX USB serial converter with a Raspberry Pi running OLA (opendmx.net) to process the data from the Twitter API.

After a little bit of trial and error, I have managed to get the RPi to communicate with the ENTTEC Open DMX USB. After a while of thinking that it needed to use ‘Enttec Open DMX’ plugin, I found through experimentation that if you disable both the ‘Enttec Open DMX’ and ‘Serial USB’ plugins, and enable the ‘FTDI USB DMX’ plugin, this then works perfectly!

This project was used at an event where over 400 tweets were received to change the colour of the building and provide an interactive lighting installation.

The code was written in Ruby, which used the ‘Twitter’ plugin to search twitter’s database and output to command line syntax that OLA can understand and output. When OLA is running, it can understand the following code, which sets DMX values as: 63, 255, 0, 0 and so on…

This was then included in the Twitter / Ruby script that output different values of DMX depending on what was tweeted. 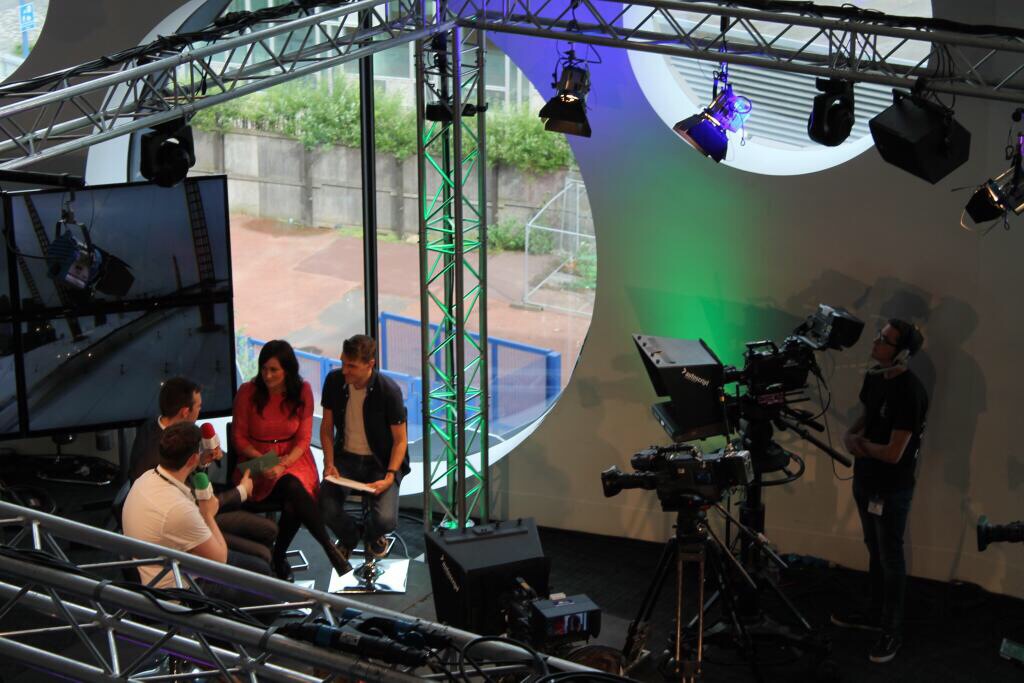