Good Morning Britain was asked if they would like to broadcast live from Buckingham Palace to promote the summer opening of the state rooms.

I was asked to join the crew to light the broadcast. Between two of us, we used battery powered LED light panels which were hand bashed following the camera to light the presenters and contributors. In most of the rooms we had these panels pre-erected on stands which aided in illuminating rehearsed areas.

We also added a few Source 4’s in a few rooms to pick out features, such as the thrones in The Throne Room, and paintings in The Ballroom. 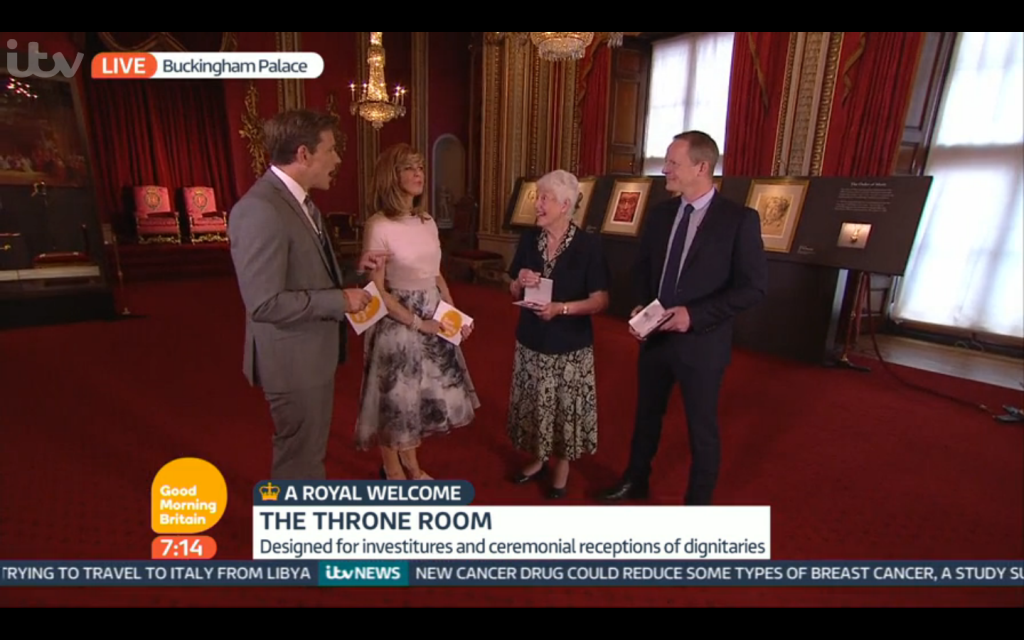