The Queen’s Platinum Jubilee: Party At The Palace 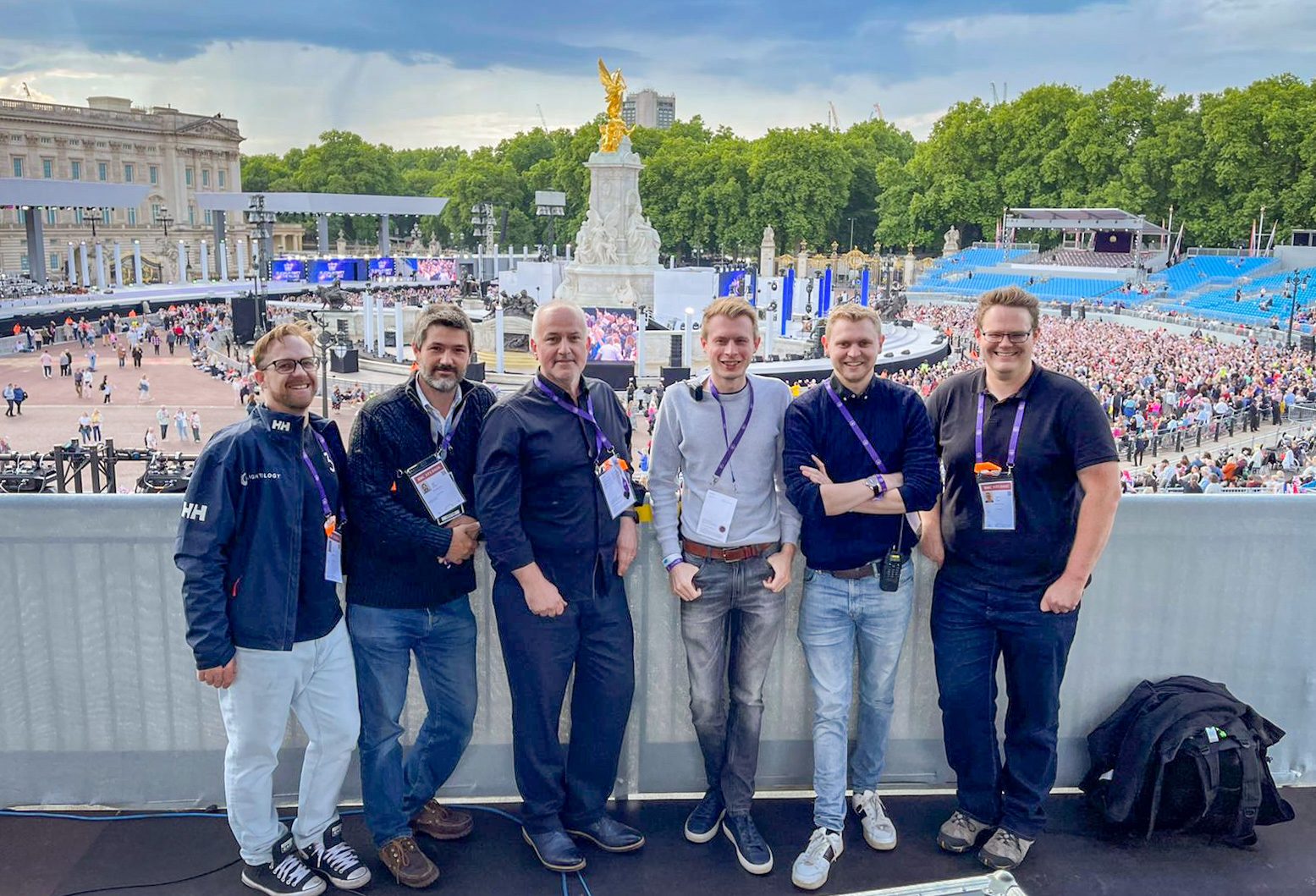 The Queen’s Jubilee Concert was a fantastic show to be asked to work on and assist programming the moving lights. I was just a small part of an amazing lighting team, designed by Nigel Catmur and impeccably put together by Mark Gardiner and his wonderful team.

I was looking after the programming of the effects/moving lights for the stages of the concert, whilst Alex Mildenhall steered the ship as lead programmer and all round genius. All of the lighting was programmed on site during the rehearsals. This was a particularly tricky task as rehearsals were during the day, whilst the show on Saturday the 4th June was evening into darkness, therefore we used Depence2 to visualise what the programming would look like at the correct times of day. We also made us of MArkers to breakdown the music tracks and import the timecode into the MA3.

Control for Moving lights were on 4 (2x Main, 2x Backup) GrandMA3‘s using mode 3, V1.7. Keylights were being controlled on a trusty Compulite Vector (Green, but kind of a dirty green with how old it is now), Hippotisers were operated from a Hog4 and the audience wristbands were programmed on MA3 1.7 too.

Thanks to all involved for having me on this one!